Listen to the album on Spotify or toppkonsts Bandcamp site, where you also can support and buy the album, alone or together with a high quality, 100% ecological, album T-shirt.

∴ In Stormfågel Alfred goes all in presenting his vast palette as a bass player and composer. For his upcoming 2nd album The Picture, that will be released on the brand new label toppkonst on April 23 -2021, he’s chosen to work with quintet and solo format. Thoroughly worked out compositions on one hand, and open bass solos on the other.
He’s been working with German drummer Oliver Steidle (The Killing Popes, Philipp Gropper’s Philm) as well as his old stablemate from Farvel, Otis Sandsjö (Y-Otis, Lucia Cadotsch Speak low). The line up is completed with guitarist Joel Fabiansson (Anna von Hausswolff) and singer Marie Nilsson Lannerö (Macuwa). Also, Henrik Magnusson has been involved in colouring some of the tracks with synths. Sound engineer Petter Eriksson (worked with Atomic, Elifantree, Daniel Lemma, Freddie Wadling) has been recording and mixing the music. The album will contain both quintet and bass solo tracks.

Förnuft och Känsla was sprung out of the Gothenburg jazz scene in late 2018. Pianist Fabian Kallerdahl, bassist Alfred Lorinius and drummer Johan Birgenius, sporadicly had been playing as a trio before and now decided to form a steady group and record an album.
Fabian, who for long has been one of the most sought for players in Sweden, is mainly known for his work with MusicMusicMusic and the record label HOOB. Alfred and Johan has for several years been playing with pianist Naoko Sakata and has been touring steadily with that trio, while at the same time working in bands like Farvel and Mikael Godée-Eve Beuvens Quartet.

In their 2020 upcoming debut album, Förnuft och Känsla will present originals by all three members, as well as an homage to the late Charlie Haden, in form of his song Sandino. The music on tape is a result of one intense day in the studio, with few takes on each song, to keep the spirit and authenticity high. 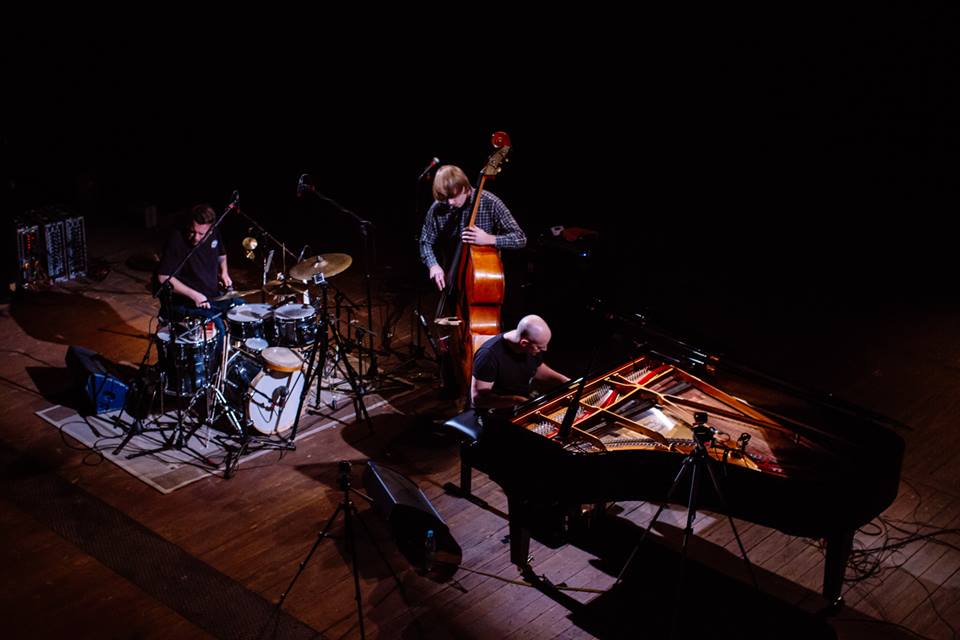 Dark Horse second album Listen will be released on Finnish WeJazz in November 2020. You can pre-oder Listen already today, on Bandcamp.
Dark Horse will also perform at the WeJazz Festival in Helsinki, on the 3rd of December 2020.

Upcoming 4th album in 2021. Recorded at Tambourine Studios in Malmö, during the group’s final tour day in 2019.

II Nominated to the Swedish National Radio’s price “The Jazz Cat – Group of the year 2016”  II Winner of “The Jazz Cat – Newcomer of the year 2012” II Sweden’s contribution in 12 points! festival in Dublin 2011 II Winner of Young Nordic Jazz Comets 2010 II
Farvel is one of the strongest bands on the new Scandinavian jazz scene, lead by the unmistakable voice of Isabel Sörling which The Guardian in 2016 listed as ”five of the best young female jazz musicians”.
∴ Their 3rd album “Östtomta” was released in late 2017 on Bugge Wesseltofts label Jazzland Recordings – the home of Atomic, Sidsel Endresen, Jon Balke and many more

Acoustic guitar and double bass duo, playing all kind of songs in their own way. Music will be released on toppkonst; a brand new label founded by the two together with pianist John Holmström, during winter 20-21. 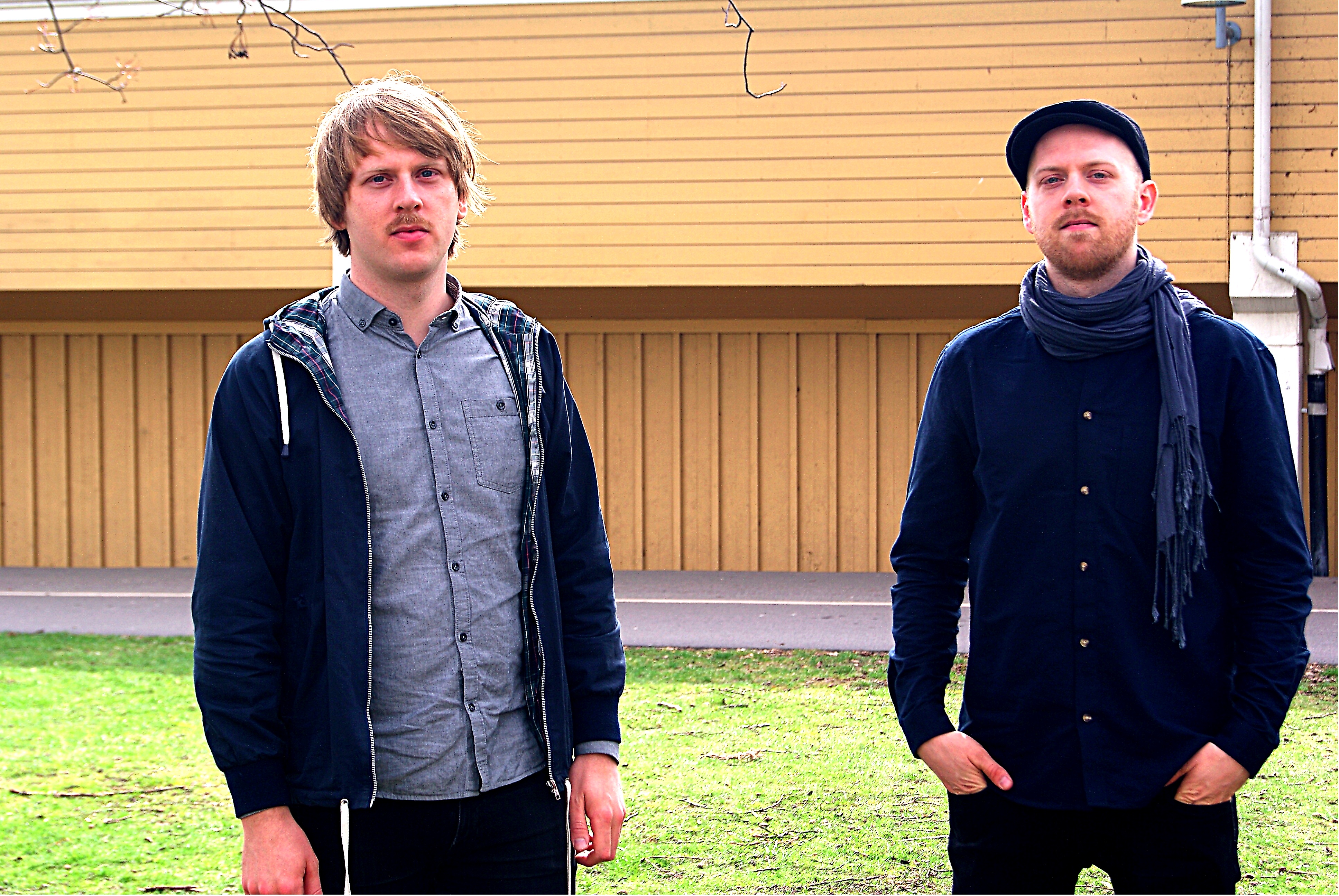 ∴ Elegi is a duo consisting of the brothers Edvin and Alfred Lorinius, saxophone and bass. For several years they’ve been touring Sweden with their interpretations of Swedish folk songs from the 60s and 70s. Over the last two years they’ve been working with guest musicians, forming quartet and trio.
∴ In quartet they’ve been playing with Elias Stemeseder – piano (Jim Black Trio) and Karl-Martin Almqvist -saxophone (Danish Radio Big Band), playing original compositions by both brothers. The music has been recorded and broadcasted by Swedish Radio (SR).
∴ In trio they’ve been playing with drummer Pontus Häggblom. Debut album was recorded at Studio Signalverket in Malmö, March 2019, and will be released during 2021. 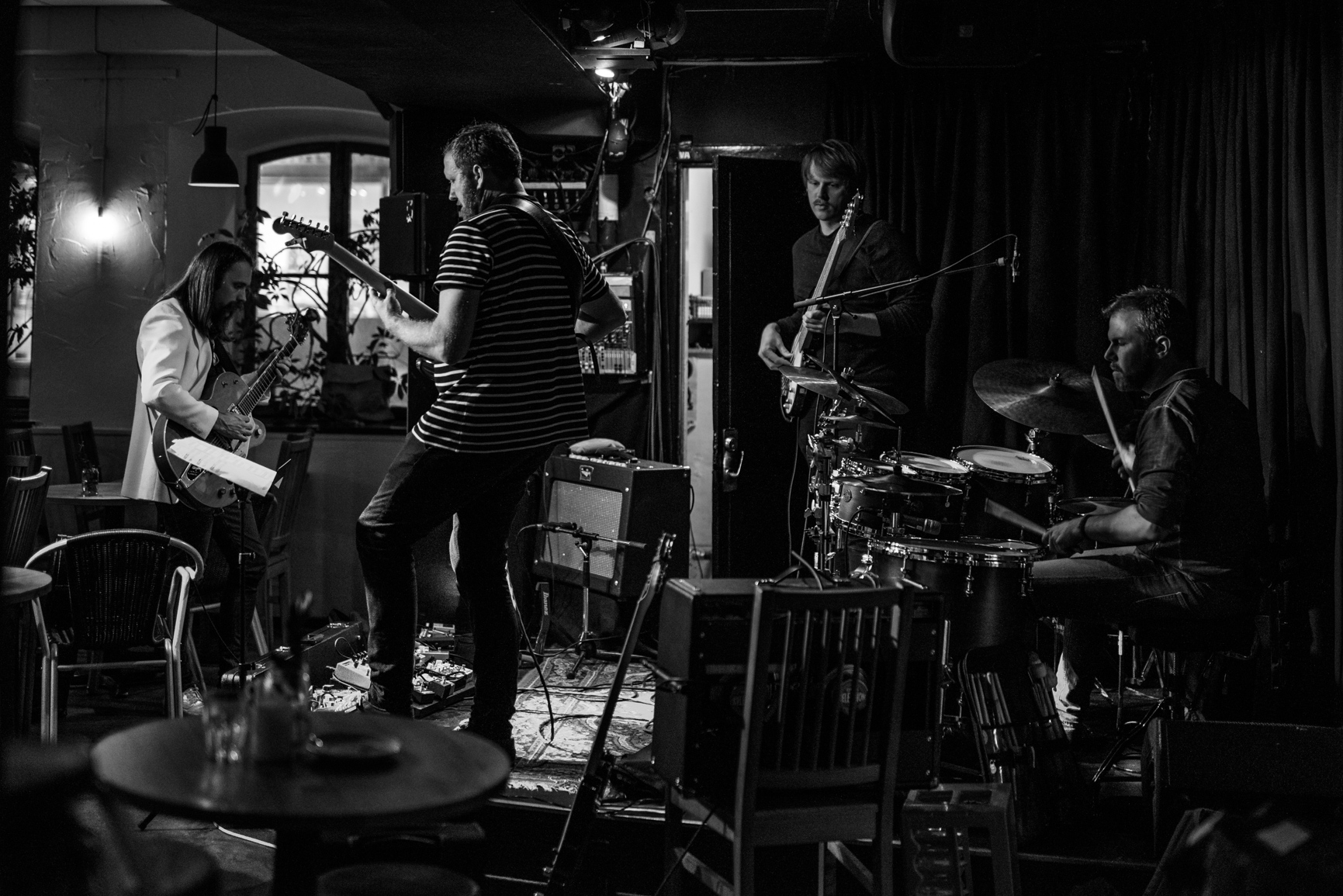 ∴ Four musicians with backgrounds from Gothenburgs jazz/rock/impro/blues music scene.
Echoes from late 60s and early 70s pop and rock music is apparent, as well as the influences from folk, country and jazz etc.

Riff based songs with complex, heavy rhythm is balanced up with beautiful, lyrical compositions. 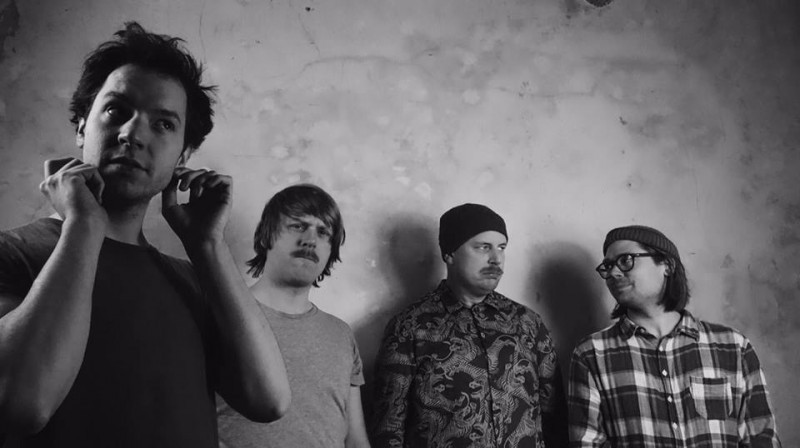 ∴ Alfred and Martin met when playing at the same festival in Austria in 2017. Some weeks later Martin contacted Alfred about forming a new band. The group have been playing extensively throughout Europe for the last three years. 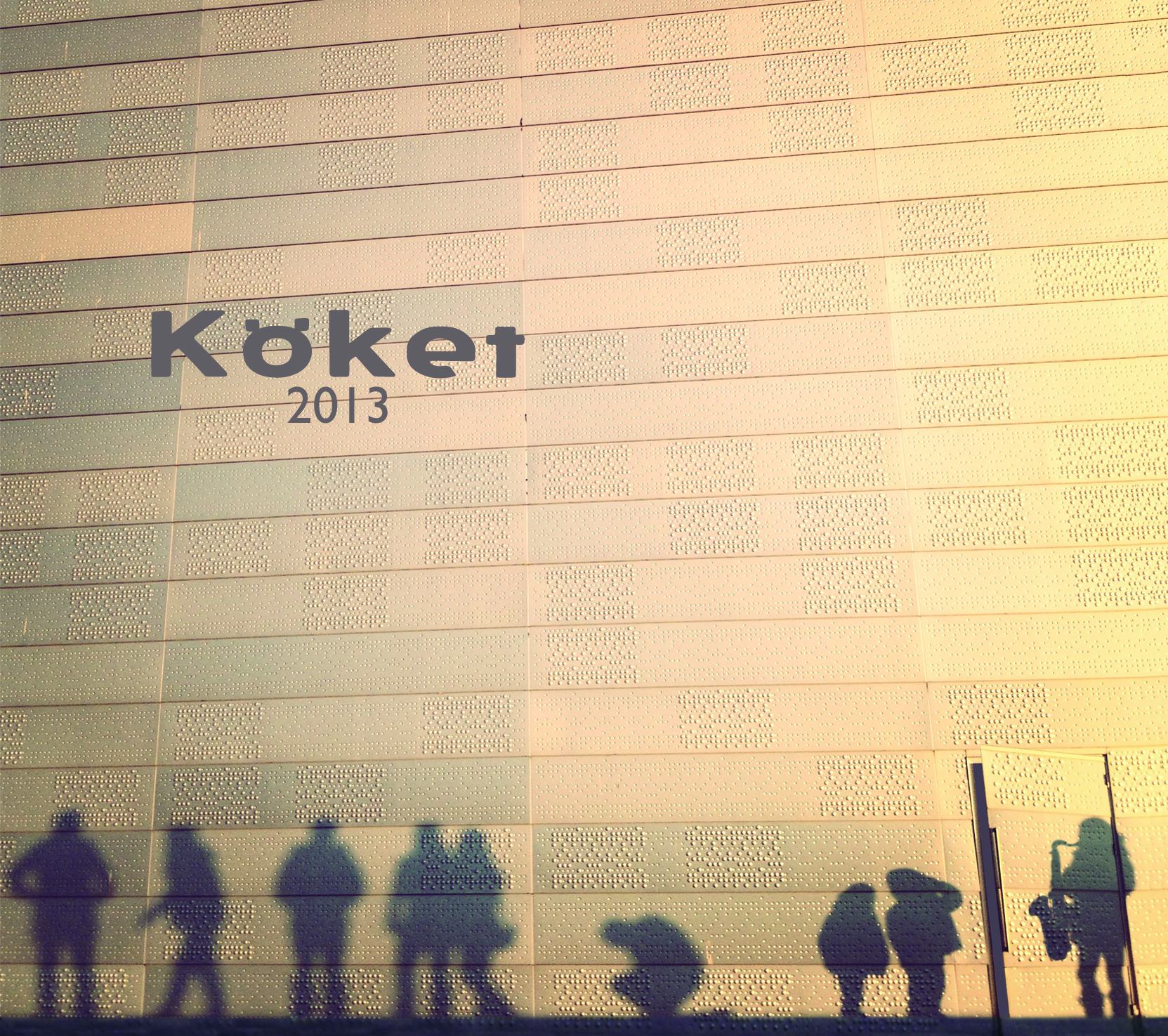 Köket is a quartet from Gothenburg who plays modern jazz with strong roots from 50-60th century. Released their album “Köket 2013” in 2014(?)